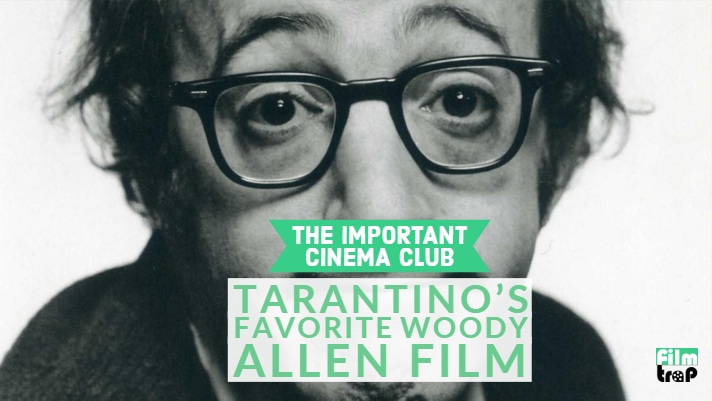 Will and Justin tackle Woody Allen by discussing his undeniable classic ANNIE HALL (1977) and its terrible kinda-remake ANYTHING ELSE (2003). They discuss the struggle to separate the art from the artist, how Woody has a few interesting things to say (that he says over and over again) how much ANYTHING ELSE is awful, like gut-wrenching horrible, even though Quentin Tarantino considers it one of his favourite films of all time.

Comedian Alvy Singer (Woody Allen) examines the rise and fall of his relationship with struggling nightclub singer Annie Hall (Diane Keaton). Speaking directly to the audience in front of a bare background, Singer reflects briefly on his childhood and his early adult years before settling in to tell the story of how he and Annie met, fell in love, and struggled with the obstacles of modern romance, mixing surreal fantasy sequences with small moments of emotional drama.

Jerry Falk is an aspiring writer in New York who falls in love at first sight with a free-spirited young woman named Amanda. Jerry has heard the phrase that life is like `anything else’, but he soon finds that life with the unpredictable Amanda isn’t like anything else at all.

Judah (Martin Landau) is a philandering eye doctor who wants to preserve his marriage, and his dangerous brother Jack (Jerry Orbach) comes up with what appears to be the only viable solution. Certain that his mistress (Anjelica Huston) is about to tell his wife (Claire Bloom) about his affair, Judah agrees to Jack’s murderous plan. Twinned with Judah’s tale is that of Cliff Stern (Woody Allen), a documentary filmmaker whose problems, which involve love and art, are tame but funny.