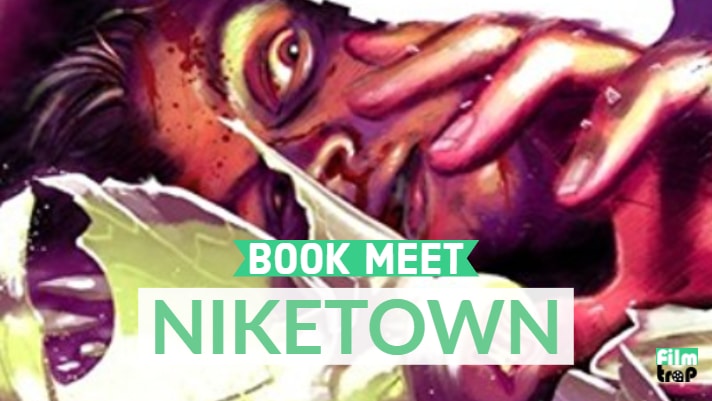 On his site, Vern Reviews on the Films of Cinema, the man known only as Vern writes about one of my great loves:  DTV (direct to video) action movies. He tackles late period Jean-Claude Van Damme outings, Scott Adkins epics, and Dolph Lundgren opuses. He clearly understands the appeal of the genre, but he’s also acutely aware of its inherent silliness, and can deconstruct it in a manner that’s funny, but never mocking or pretentious. He’s what every film critics wants to be: A writer with a distinct voice, individual perspective, and personable style. His books Seagalogy: A Study of the Ass-Kicking Films of Steven Seagal and Yippee Ki-Yay Moviegoer!: Writings on Bruce Willis, Badass Cinema, and Other Important Topics are absolutely essential tomes for any cinephile and are some of the few works of movie criticism that have caused me to laugh out loud. Repeatedly.

When I saw Vern had written a novel, I assumed it was going to be the ultimate DTV action movie (Now in book form!) With no budget limitations or meddling producers, every page would be filled with a pure love for explosions, one-liners, and badasses.

Niketown is the story of Carter Chase, a recently released convict who discovers that the world has changed drastically while he was on the inside. The city is more dystopian, his brother is missing, and the people that betrayed him on the Niketown job aren’t exactly happy to see him alive. Carter is going to have to solve a mystery, get revenge, and somehow start a better life. Doesn’t that set-up sound like pure action movie gold?

Well, instead of kicking ass, Carter finds himself at a bit of a loss. He tries to track down his brother and quickly discovers he’s not much of a detective. He’s good with his fists, and fast with a quip, but a hero is the last thing he wants to be. He’d much rather figure out how he can keep paying rent. Or how to take down that annoying billboard that’s right by his window. And maybe find some kind of purpose in his life. And a bookstore. Where’d all the bookstores go?

Vern’s first novel has a shaggy tone along the lines of the books of Elmore Leonard, where the mystery/threat/conflict is always hanging around the margins, but never a driving force. Unlike the movies Vern (usually) writes about, there’s no big explosion-laden set-pieces, evil sword-wielding twins, or big bosses that need to be overcome. There’s just a guy trying to figure out his life punctuated every now and then by a beating, a funny dialogue exchange, or a rumination of the nature of existence – followed by the beating of a dog walker who doesn’t pick up his dog’s shit.

Niketown understands the mechanisms of the action film: There’s the lone hero, the crackling dialogue, and the sudden bursts of violence. Yet, instead of trying to go bigger than any movie could, Vern goes inward. He does what movies can’t and gives us time to hang out with the protagonist, to understand his motives, and to watch him tackle an impossible foe: The reality of today’s hyper-paranoid media-saturated world. The solution to finding his missing brother can’t be solved by simply defeating a baddie. It demands a re-evaluation of Carter’s personal responsibilities and perspective on day to day life.  It’s complex, funny and compelling stuff that Vern nails with a mixture of hang-out storytelling and whip-smart character beats done in his usual plain-spoken style. Vern’s unadorned prose is often used in his movie reviews to spring a straight-faced joke, but in Niketown , it also serves to deliver some surprise emotional punches. And while the pace is fairly languorous, once I got into its groove, it was a novel that I devoured in two sittings. Not only did I want to see how it wrapped up (very satisfyingly and surprisingly I might add), but it was just fun to hang out with Carter in the same way that it’s fun to “hang out” with Vern when you read his reviews.

I would have been wrong.

You can buy Niketown on Amazon