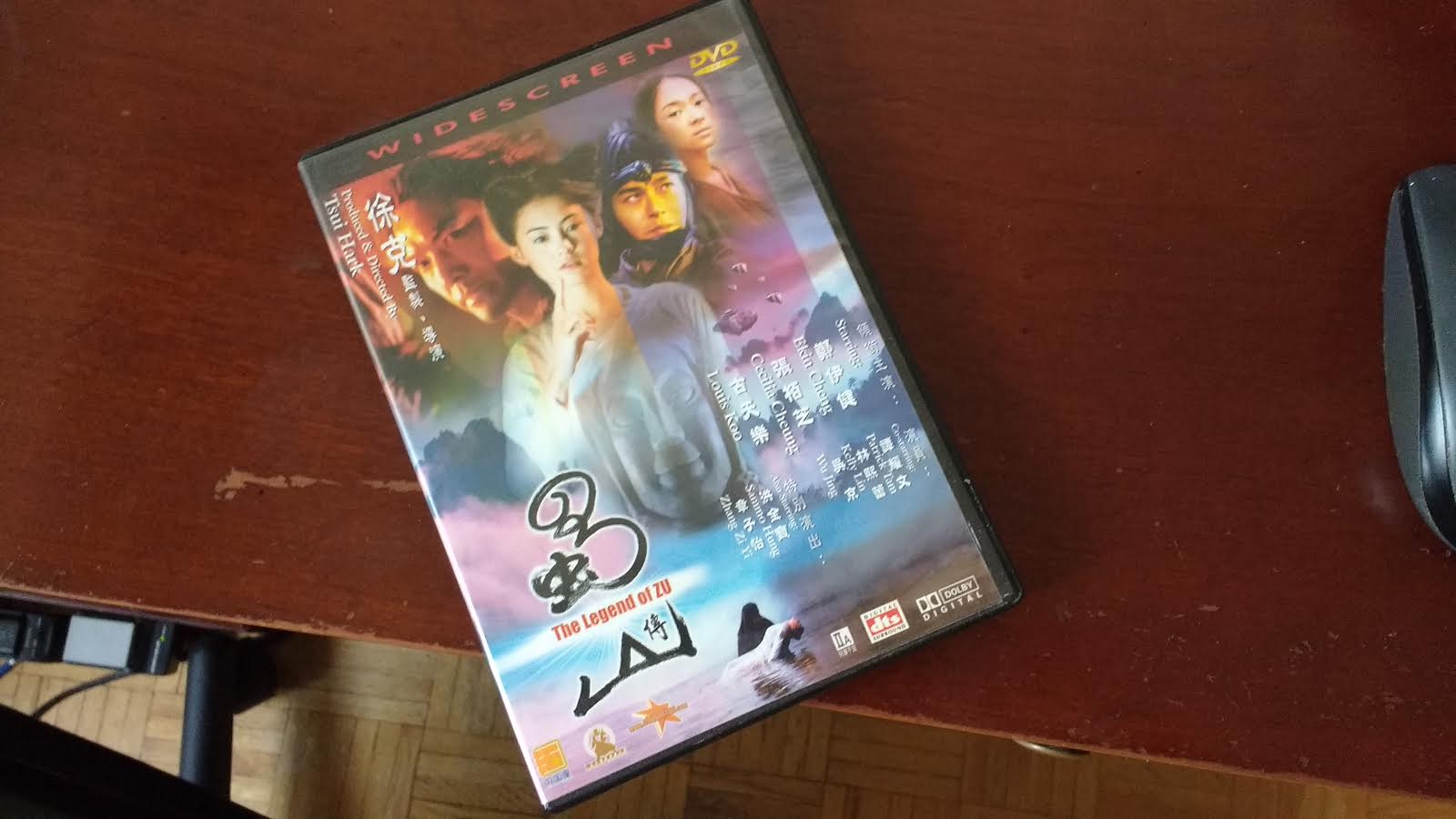 Legend of Zu was one of the first Hong Kong DVDs I ever bought. I got it from a tiny shop in Ottawa’s China Town and forked over around $40 (two weeks worth of bag boy work!) to pay for the retail release. I’m not sure why that particular movie was the one that caught my attention. It was probably recommended in a post at my regular internet haunt – zombiekeeper.com message boards. It was a big deal for me. 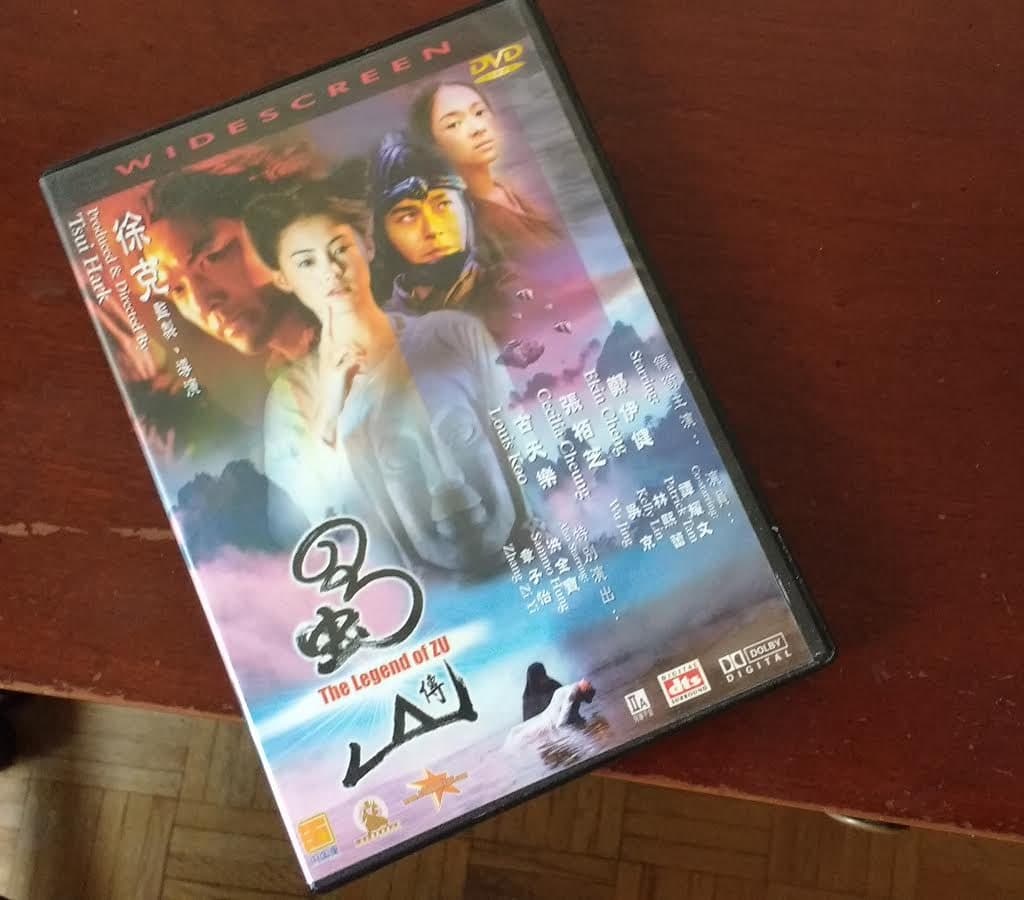 And, I kind of hated the film.

I watched it a lot (I paid for it after all), but was  thrown off by the incomprehensible story and lack of action. It was a bunch of people flying around, shooting energy beams, and  doing stuff that made no sense. There was only one traditional sword fight ! At the time, I was enraptured with the cinema of John Woo and Yuen Woo-ping. They gave me straight forward action with bodies crashing through glass windows and faces being punched. That’s all I wanted and Zu didn’t give me any of that. And it was chore graphed by Yuen Woo-ping!

I hadn’t watched the film for nearly a decade, but while I was putting together the newest issue of The Laser Blast Film Society Zine (#4 – The Tsui Hark Super Special) I thought it was finally time I gave it a revisit. The back of the box brought a small smile of recognition to my face.

that we have never had in the history of Hong Kong film industry. The fairy land and imagery in the movie present a magnificent sight (sic)”

I assumed this was the only smile I was going to get out of my viewing experience. I was wrong.

Now, I kind of love the film. 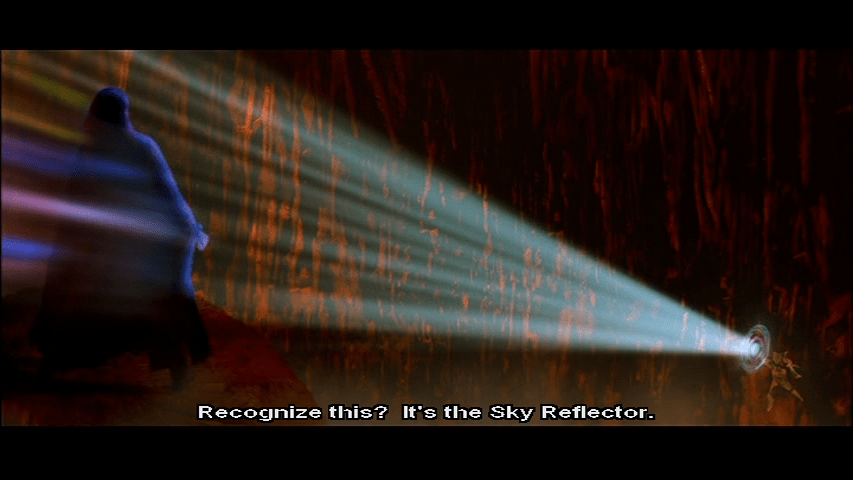 Don’t confuse nostalgia with my change of heart. If you had asked me yesterday what I thought of the film, I would have shaken my head and sighed sadly.

I think what’s changed is my definition of entertainment. For a long, time it was variations of the things that I already like. As we grow older, we lock onto systems and expect those systems to be repeated (with slight variations) to trigger our pleasure centers. Back in the day, Legend of Zu  didn’t do that for me, so I rejected it. Plus, it didn’t really have any character, drama or sense, so that was another strike against it. And no sword fights! Where were all the cool ass-fights like in Iron Monkey? Zu was even choreographed by Yuen Woo-ping!

Now, I can appreciate Zu on multiple levels. For one, the pure imagination on the screen in undeniable. The CG may be of the shoddier quality, but if it’s going all out, so I can brush away the fact that it looks like Playsation cut scene. On the story line front, if you sit still, don’t blink, and try not to move too much while breathing, you can follow something of a story line in Zu. Its entire structure is a complicated mathematical variables that explodes every five minutes. The drama does not emanate from the characters themselves, but the complex equations that have to interlock to be able to go the next solution. For example: Two character need to fuse to be come the ultimate fighting machine, but one of them burst into flames, so a new version is made, but he needs to find his special sword to get his powers, and then he needs to leave his body so his soul can… the entire film is like that. If you can get on its wavelength, the constant discoveries and turns can be enough to make it a breathless experience.

Tsui Hark has made a lot of films. He often doesn’t want to repeat himself, so he may make a traditional kung-fu film like Seven Swords and then he may make a more straight forward fantasy romance like Green Snake. Both of them are from the same mind, but they each have different pleasures to share. Sometimes he goes insane and makes a fever dream nightmare like Legend of Zu.

Now, I can find those pleasures and enjoy them. Just don’t tell me there’s going to traditional action scenes. 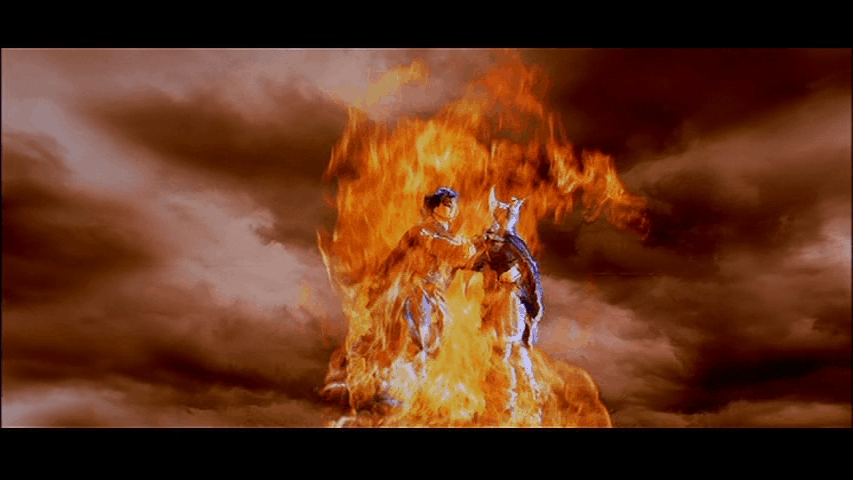 The moment I realized I loved it.