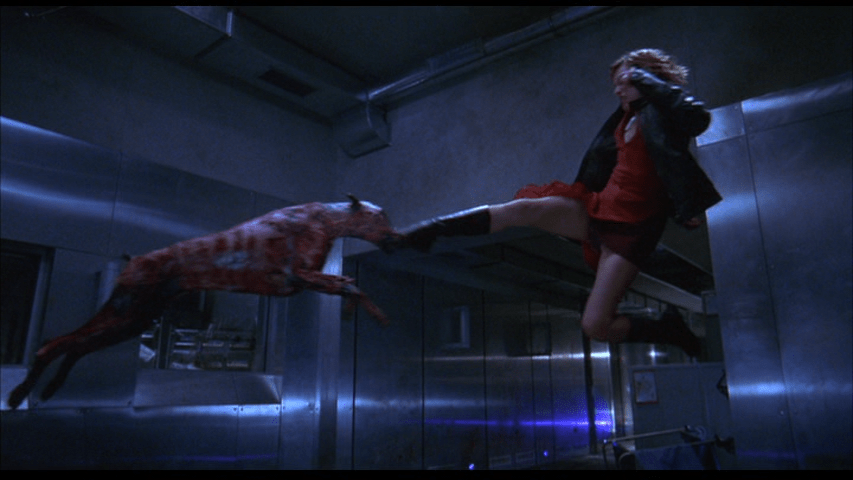 In 2002, it was a big deal for a young Justin Decloux to see RESIDENT EVIL. He was infatuated with the idea of zombie movies, but has never played the RE video games (he doesn’t own any systems). He prepares himself for a terrifying experience because he’s seen the trailer where the woman kicks the zombie dog.

He stares the screen confused. Is this too adult for him? Is that why he’s not liking it? Maybe he needs to play the games. Maybe then he would understand what everyone likes about Resident Evil.

He tells his friends the next day on the play ground that RESIDENT EVIL is awesome! It’s got zombies, and zombie dogs, and guns! And oh yea, did he mention there’s zombies? Isn’t everyone jealous that he’s seen it?

“IT’S AWESOME” – Justin lies to himself.

Justin buys the DVD when it comes out. The DELUXE edition of course. He needs the extra commentary, right? He read that effects supervisor Richard Yurisich does his first ever  track. He can’t miss that! 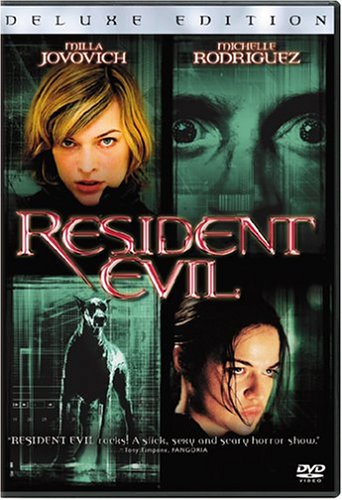 He gets the same feeling of emptiness watching the film again. The cold industrial look is dull, the sets seem the same, and the action that the trailers promised are non-existent. They just stand there and fire guns. No one has any cool characters, the cool guy from the team gets killed first, and then there’s no other cool heroes to take his place. The monster is ugly and fake looking. There’s no gore. There’s nothing.

Justin watches more Paul W.S Anderson films. He realizes that Paul W.S Anderson likes cool things, but is not a cool film maker. He’s like the kid who’s trying to impress you on the play ground with all the cool stuff he knows, but doesn’t really understand. He’s like Justin when he saw Resident Evil.

Justin and his friends watch the film in 2016 as part of a all RESIDENT EVIL marathon day. They decide the first one is the most boring of them all.

On January 19, 2017 Justin watches the first film again. This time there will be no snide comments. He will enjoy the film for what it is. He likes some of what Paul W.S Anderson has recently done and maybe he can find value in his earlier hit. 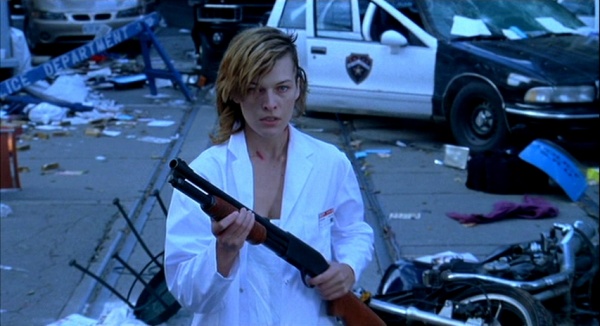