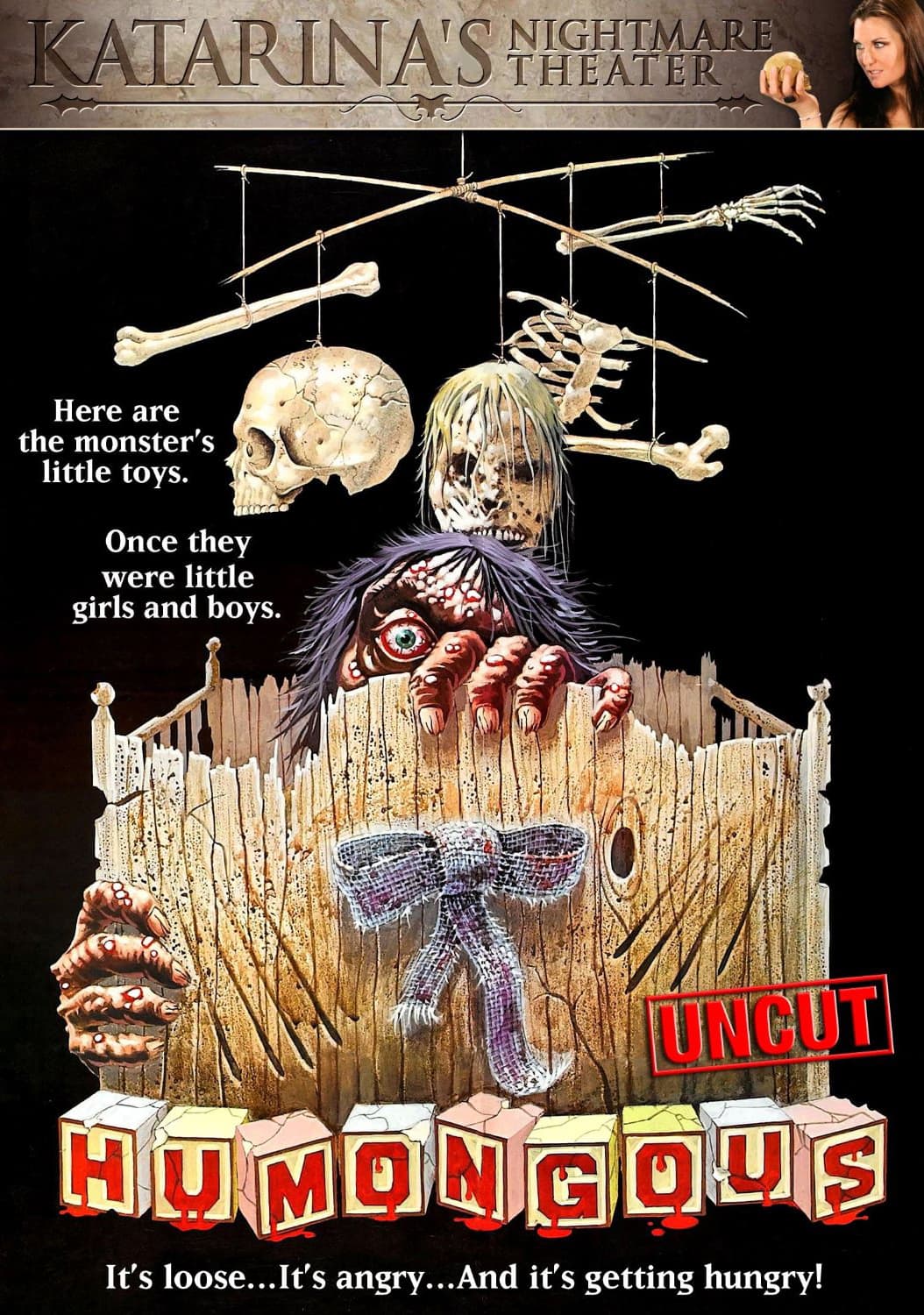 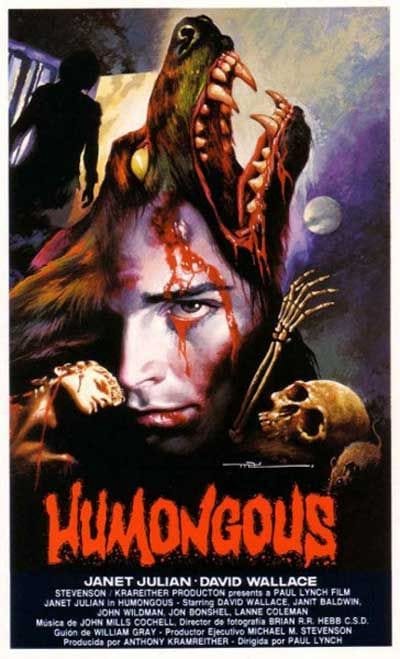 Humongous isn’t that big. He’s more on the large side, a little misshapen, but to call him humongous would be plain insensitive. He was brought up to believe that humanity was evil, so it’s only logical that he brutally murders everyone that stumbles onto his island home. He does it quickly with a neck snap, a ground slam, and maybe a head crush if he’s in a rush. Simplicity is the way Humongous rolls. You never really get a good look at him, but that’s the way Humongous likes it. He’s self conscious about his hairline. Won’t you give poor Humungie a chance?

Directed by Canadian workhorse Paul Lynch, HUMONGOUS is a Canadian take on THE TEXAS CHAINSAW MASSACRE that replaces the sun blasted south with a cozy island locale and ditches the chainsaws for a murderous brute with a protruding eyeball.  It’s claim to fame is its incredible darkness. Not in tone, but in visual presentation. You’ll have to squint s to see exactly what’s going on and even in CODE RED’s pristine never-going-to-be-any better visual presentation, people’s faces often dip into pools of pure darkness.  And to be honest, I like it. Director Paul Lynch unfortunately never had a break out picture (unless yo count the financial success of PROM NIGHT), but his chops are undeniable, and he knows where to place a camera for maximum impact. HUMONGOUS is a slow moving affair, with the the first real kill coming deep in its running time, but Paul keeps everything coated in a thick sense of unease and impending doom. The teens that stumble onto Humongous’ island and wait around to to be killed aren’t particularly memorable, but you do feel that a neck snapping attack could be lurking around every corner. When Humongous does finally burst through a door, it’s especially eerie that you never get a good look at him. His presence would have chilled my blood if I was ten years old, especially because he is never clearly defined. My over active imagination would have filled with the blanks with the most horrifying of additions. Maybe machetes for hands? Or a mouth of shark teeth? Could he also have an evil mustache? 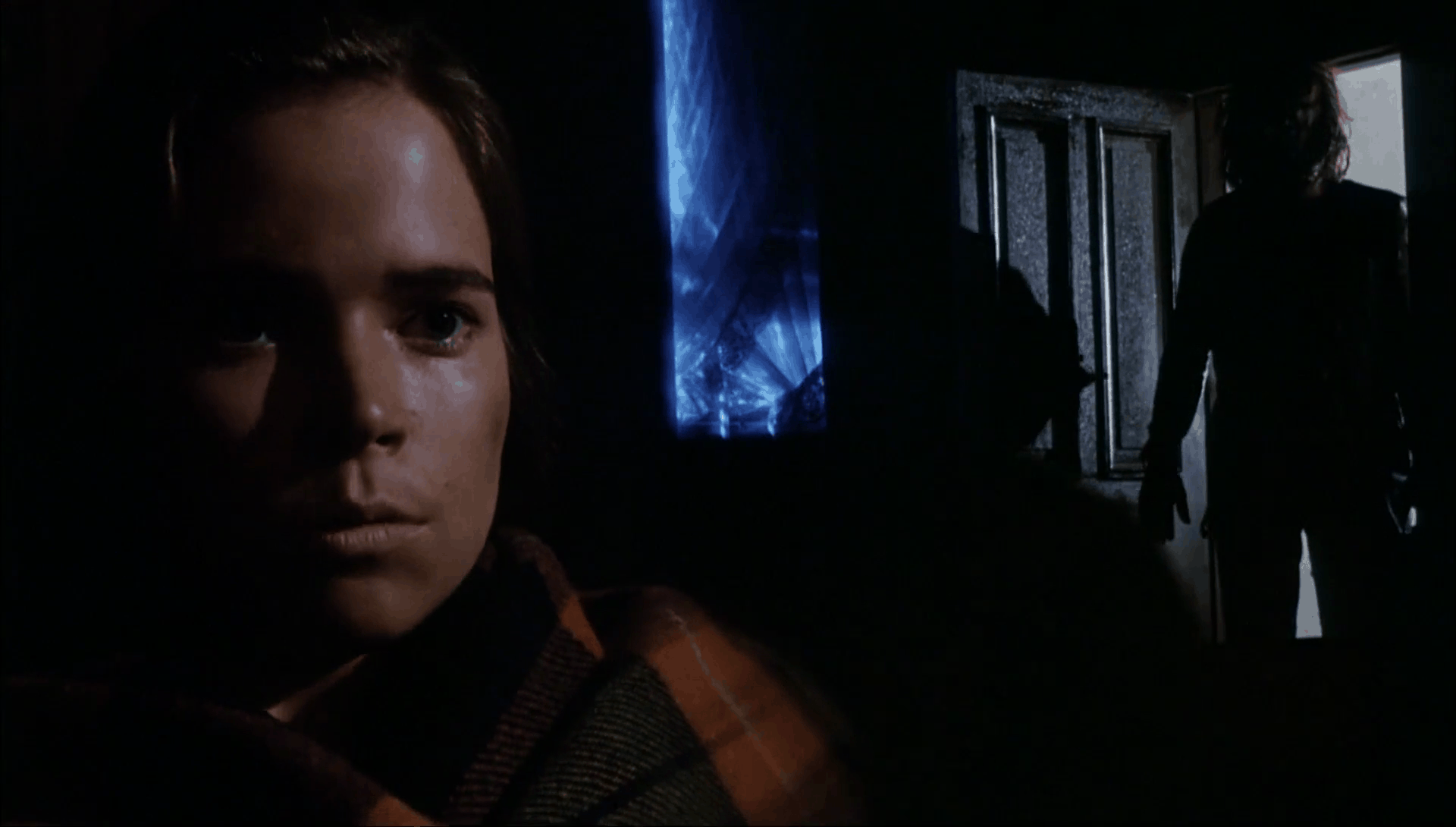 The one thing is that threw me for a loop is Humongous’ origin, which stems from a nasty sexual assault that is portrayed in graphic detail in the opening minutes of the film. The event is never presented in a titillating fashion, as it’s nothing but brutal, but it’s a shocking prologue to what is in all other ways a dumb slasher film. The screenplay hints at the theme of the mistreatment of woman in an introduction to the jerk jock character as tries to forced himself on a friend, but it’s quickly dropped and never comes up again.  I could see someone argue that Humongous is an echo of the rape that created him, as his mother describes him as a curse, but the fact that Humongous is an equally opportunity murderer renders that point moot.

It would be a stretch to call HUMONGOUS a good slasher film. It’s incredibly slow, the kill count is meager, and the splatter non-existen, but approach it as  mood piece and you’ll get way more out of it. There’s a particularly shot of the Final Girl trying to push her way through the forest as Humongous gets ever so closer, as the camera impassively watches without a single cut, that has burned itself into my brain.

For years I skipped on the film because I thought it starred a giant man baby and that always seemed extra unpleasant. Well, I was wrong! While Humongous’ art does feature a crib with a monster hand popping out of it, the film I was thinking of was THE UNSEEN which does feature an extra un-pc portrayal of a mentally handicapped man monster running around in a diaper.

It’s extra difficult to CODE RED titles in Canada, but you can pick them up from RONIN FLIX and they recently got copies of the special feature packed Blu-Ray of HUMONGOUS in stock 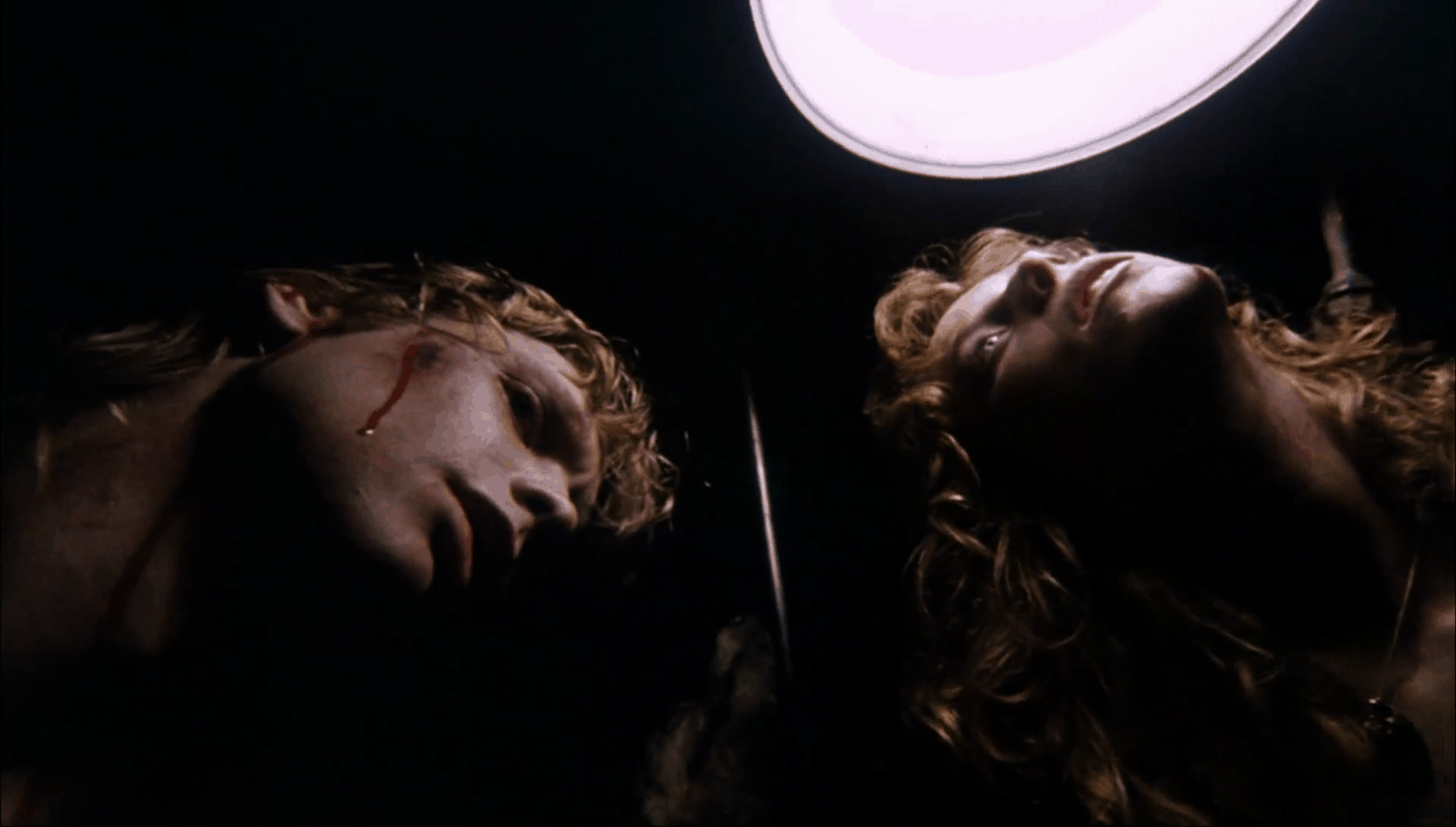