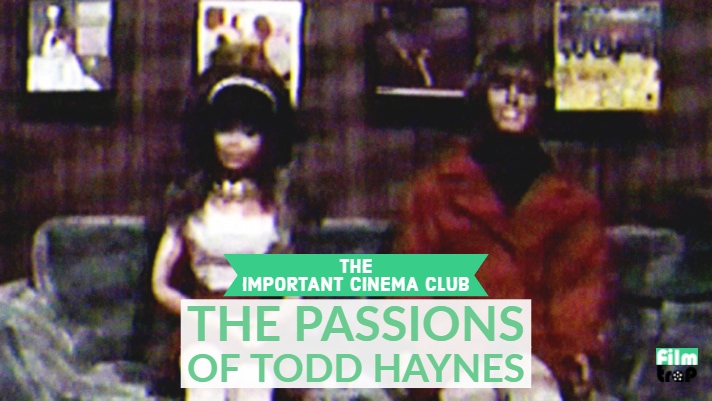 We discuss the work of writer/director Todd Haynes and his films POISON, SUPERSTAR, VELVET GODLDMINE, and FAR FROM HEAVEN.

On this week’s Patreon episodes, we pick our favorite films about filmmaking.

Join for five dollars a month and get a brand new exclusive episode of ICC every week.

VELVET GOLDMINE (1988): “Glam rock star Brian Slade (Jonathan Rhys Myers) plays a character on stage named Maxwell Demon who predicts his death on stage. Shortly after he announces his prediction, he fakes his own death and is exposed as a fraud. A decade later in 1984, a reporter and former fan, Arthur Stuart (Christian Bale), tracks down the former rocker to do an article on his life and downfall. Arthur interviews the man who discovered Slade and a peer (Ewan McGregor) to understand Slade’s motivations.” – IMDB

FAR FROM HEAVEN (1992): “The story – which crosses both sexual and racial lines – revolves around a privileged suburban family whose lives are filled with daily family etiquette, social events at the club, and an overall desire to keep up with the Joneses. The family is turned upside down when both husband and wife are faced with choices that not only create a gossip mill for the entire community but also change their entire lives forever.” – IMDB

WONDERSTRUCK (2017): “Ben and Rose are children from two different eras who secretly wish that their lives were different. Ben longs for the father he’s never known, while Rose dreams of a mysterious actress whose life she chronicles in a scrapbook. When Ben discovers a puzzling clue and Rose reads an enticing headline, they both set out on epic quests to find what they’re missing.” – IMDB