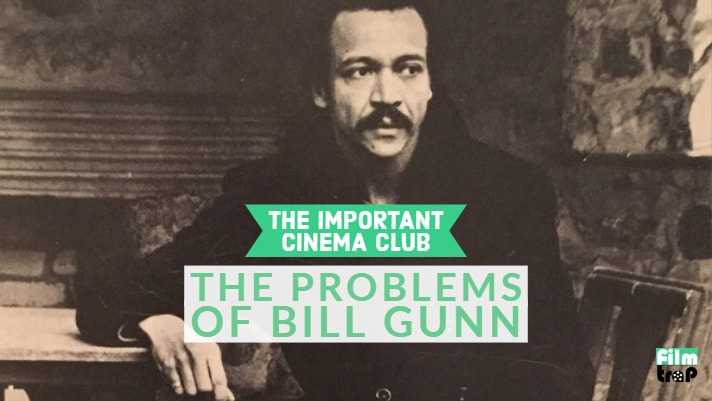 We discuss the work of writer/director Bill Gunn, his screenwriting work on THE LANDLORD and his two major directorial projects GANJA AND HESS and PERSONAL PROBLEMS.

As his 30th birthday nears, the aristocratic Elger Winthrop Enders (Beau Bridges) finally decides to leave his parents’ home, and he purchases an apartment complex in the slums of New York. The coldhearted Elger plans to boot out the current residents and refashion the crumbling dwelling into a luxurious bachelor pad. But after the spoiled young man befriends locals Francine (Diana Sands) and Margie (Pearl Bailey), he abandons his plans and instead focuses on charming his lovely neighbors.

Ganja & Hess is a 1973 experimental horror film written and directed by Bill Gunn and starring Marlene Clark and Duane Jones. The film follows the exploits of anthropologist Dr. Hess Green (Jones), who becomes a vampire after his intelligent but unstable assistant (Gunn) stabs him with an ancient cursed dagger. Green falls in love with his assistant’s widow, Ganja (Clark), who learns Green’s dark secret. It is one of only two films in which the lead role was played by Duane Jones, best known for starring in the 1968 film Night of the Living Dead (though he had bit parts in other movies). The film was screened at the 1973 Cannes Film Festival.[1] It was remade by Spike Lee in 2014 as Da Sweet Blood of Jesus.

This entirely African American-conceived and produced ensemble drama is the result of a collaboration of a pair of pioneering Black artists: writer Ishmael Reed and filmmaker Bill Gunn, who wrote and directed the underground classic Ganja & Hess and wrote the screenplay for Hal Ashby’s The Landlord. Originally intended to air on public television in 1980, it went unseen for decades; the original tapes have been carefully restored by Kino Lorber and the film is now available in its full-length version for the very first time!