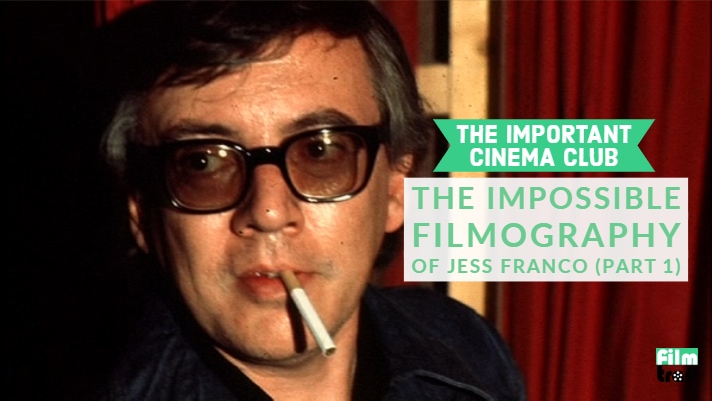 This is a big one! We jump into the hypnotic work of Writer/Director Jess Franco with a look at his first horror film The Awful Dr. Orloff, his biggest budget production Marquis de Sade’s Justine, and two of his early triumphs Venus and Furs and Vampyros Lesbos.

Letter topics include a film that couldn’t make our top ten lists and our favourite books on Eurotrash cinema.

Become a Patreon subscriber for $5 a month and get an exclusive episode every week! On this week’s Patreon episode, we discussed M. Night Shyamalan’s Unbreakable.

“Generally considered the first horror film produced in Spain, THE AWFUL DR. ORLOF (L’horrible Docteur Orlof ) launched the career of cult cinema’s most colorful figure: Jesus “Jess” Franco. Cloaking the story in the visual style of the British gothic film, Franco injected ORLOF with the kind of morbid eroticism that would quickly become his signature (and is presented here in the uncensored French release version). Howard Vernon stars as a diabolical surgeon who, with the help of his blind minion Morpho (Ricardo Valle), lures beautiful women into the operating room of his stone castle, so they may provide the raw materials for a series of experimental face grafts for his disfigured daughter.”

“Romina Power (18-year-old-daughter of Tyrone Power) stars as Justine, a nubile young virgin cast out of a French orphanage and thrust into a depraved world of prostitution, predatory lesbians, a fugitive murderess (Mercedes McCambridge), bondage, branding, and one supremely sadistic “