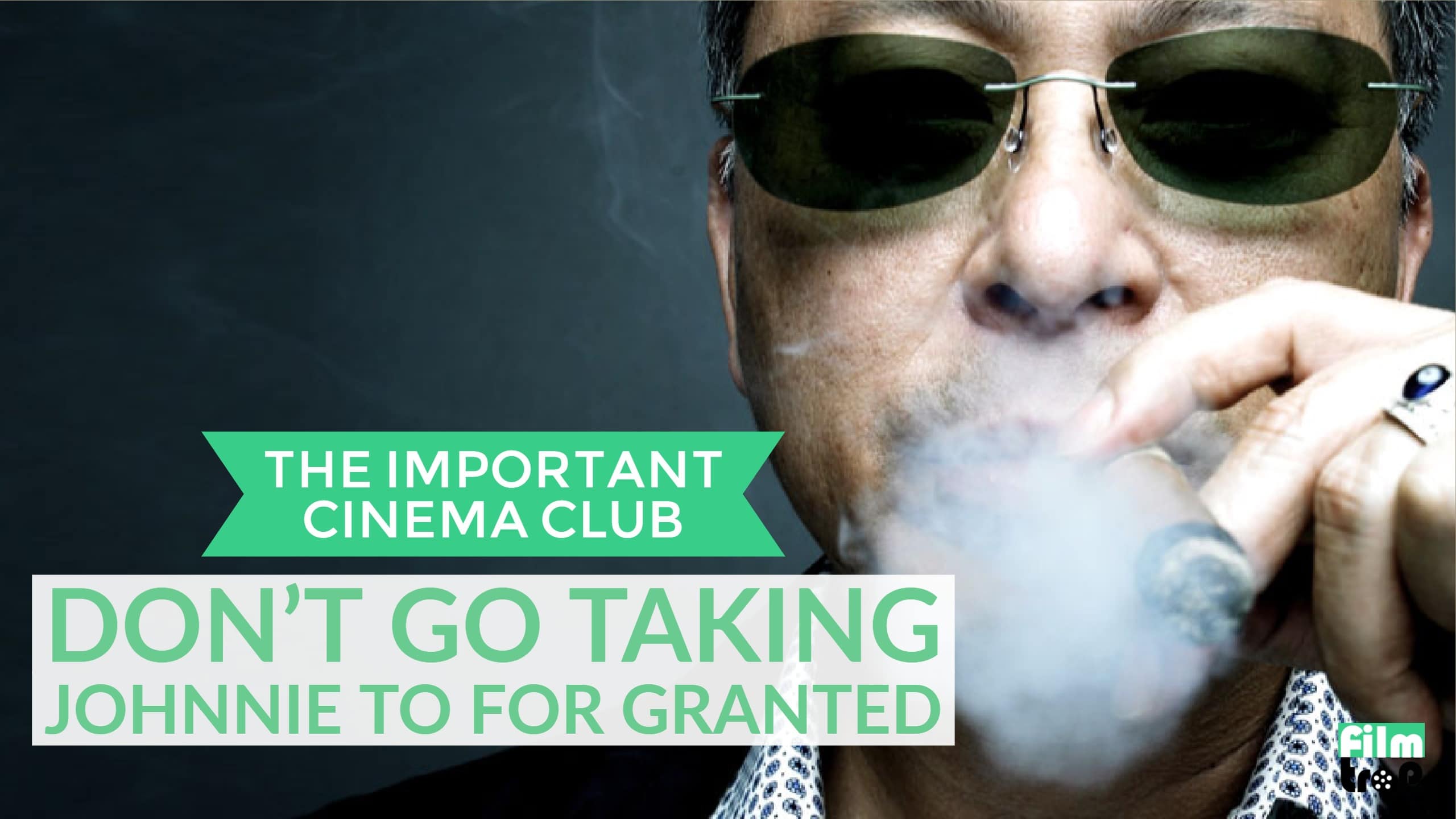 We tackle the work of Hong Kong auteur Johnnie To and discuss his journeyman roots that evolved into his distinct cinematic style and the future of passionate film artist in the Mainland Chinese machine. Featuring, bullets, gangsters and a handful of romantic musical numbers.

Johnnie To: Starter Films (as suggested by Justin)

Why The Hell Don’t We Watch Canadian Cinema?

“Starring Leon Lai and Lau Ching-wan, A Hero Never Dies is a heroic bloodshed tale centering on the friendship and rivalry of two Triads in the midst of a gang war. The film has often been compared to the 1986 Hong Kong film A Better Tomorrow as both men wind up being betrayed by their bosses.” – WIKIPEDIA

“Triad boss Lung, who has just escaped being killed in an assassination, hires five killers for his protection. Their grown solidarity is under compulsion when Lung gives a special order.” – IMDB

“A musical set mainly in a corporate high-rise. Two assistants, Lee Xiang and Kat, start new jobs at the financial firm Jones & Sunn. Lee Xiang is an earnest young man who naively enters the world of high finance with noble intentions. Kat on the other hand has a secret.” – IMDB

“The all-female Heroic Trio are Tung (Wonder Woman), Chat (Thief Catcher), a mercenary, and Ching (Invisible Woman). Initially, they’re on opposing sides – the invisible Ching is kidnapping newborn male babies for her evil master, Tung is trying to solve the crime (rather more effectively than her policeman husband, who is unaware of her secret identity), and Chat, who was formerly employed by Ching’s evil master, is trying to sell her services and inside knowledge to the police. But all three have something in common buried deep in their past…” – IMDB

“A drug cartel boss who is arrested in a raid is coerced into betraying his former accomplices as part of an undercover operation.” – IMDB