INTERVIEW: Mickey Reece Will Die If He Stops Making Films 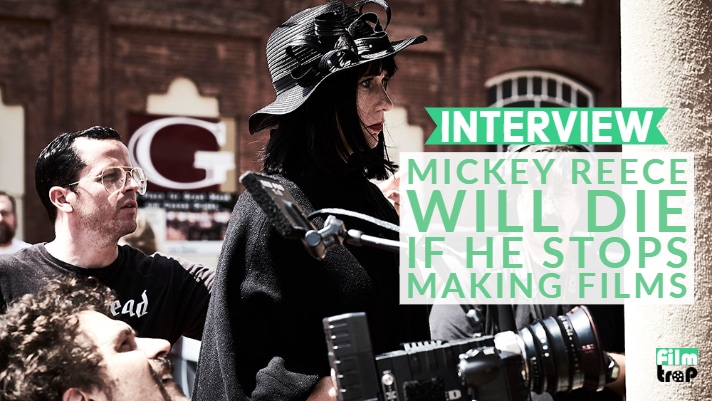 Over the last eleven years, Writer/Director Mickey Reece has made 30 feature films that have run the genre gamut of psychodramas, stylish comedies, bizarro westerns, and imaginative kids films,

Once each film would be completed, he would play it once in Oklahoma City, put it on the shelf, and move on to the next one.

The rest of the world has never seen his work.

In anticipation of his upcoming comedy ARROWS OF OUTRAGEOUS FORTUNE premiering at the Chattanooga Film Festival, the second time one of Reece’s films will be featured at a major festival, Justin sits down with Mickey to talk creative drive, inspiration and how one guy can make so much stuff without throwing in the towel.

A short documentary on the writer/director: Mickey Reece is a critically acclaimed indie auteur from Oklahoma City, OK. His style has been self described as “people talking in rooms”. Reece has averaged at least two films a year since 2008 with each subsequent work pushing the boundaries of his own established form and unique brand of arthouse cinema.

An uninvited guest troubles the newlywed proprietors of a historic hotel.

The first film that got Mickey Reece major critical attention: A reimagining of the early years of Elvis and Priscilla Presley’s marriage.

Rather than delving into a specific genre, Reece and T-Rex co-writer John Selvidge explore the darker — and decidedly more ambivalent — obsessions of avant-garde cinema. The narrative snakes through an array of characters linked by way of family or happenstance. – From the Oklahoma Gazette