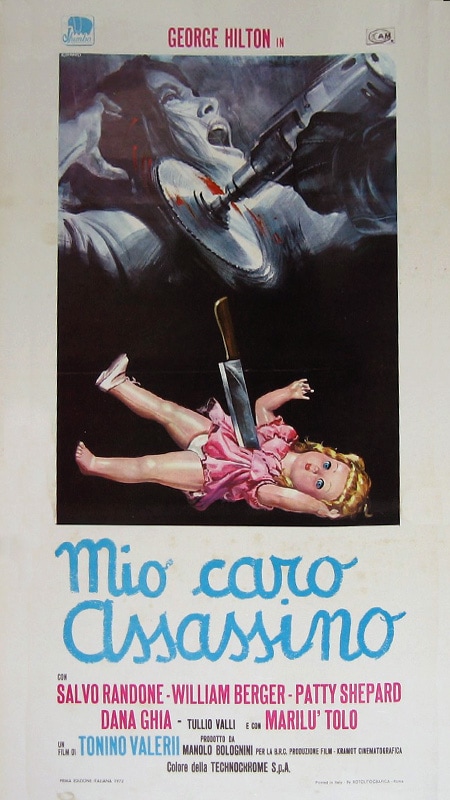 As a film lover, I’m always chasing the hidden gems. The films that I’ve never heard anything about that will blow me away. I thought MY DEAR KILLER would do exactly that. I randomly stumbled upon the fact that it had screened on 16mm at Halloween marathon in LA. It was described as a “lost little Giallo gem that doesn’t get the respect it deserves.” I discovered that the director Tonino Valerii had directed the great Lee Van Cleef starring Spaghetti Western DAY OF ANGER. I flipped through So Deadly, So Perverse: 50 Years of Italian Giallo Films and found a GOOD REVIEW on it!

All the signs were there.

I had to see it immediately. 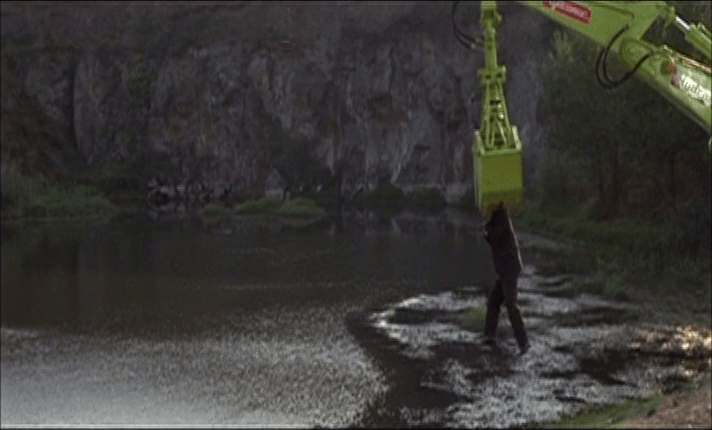 Ah, a decapitation. It started off so well.

I quickly discovered it wasn’t rare after all. It had been released by SHRIEK SHOW (A.K.A Media Blasters) back in the golden age of DVD when everything under the sun was being thrown onto disc. Still! I had never heard of it! It was new to me! It was going to be great!
Why this long pre-amble?

Because the movie is just okay. Sure, it’s a fine Agatha Christie style mystery plot, but it’s as dry as a bone. George Hilton (veteran of the genre) plays a detective trying to figure out why a man was decapitated with construction equipment by the side of a swamp. Sounds like fun? It sure is if you consider talking to suspects endlessly your cup of tea! 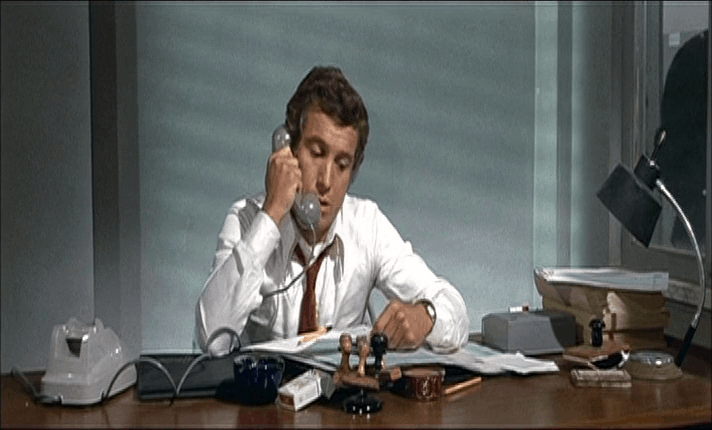 Exactly how I feel.

The characters are slim. There’s only 3 kills, with the only standout involving a portable saw, and there’s zero emotional stakes. I don’t ask much from my Giallos. It’s just that this one lacks the most element of the genre – a little suspense. There’s the black gloves. There’s the KILLER POVS. It’s fine on paper, but it never comes to life. There’s no passion behind or in front of the lens. It’s like Argento’s first film THE BIRD WITH THE CRYSTAL PLUMAGE with all the gonzo fun snipped off.

And so I must face the distressing reality of being underwhelmed. Is this a feeling I experienced back in my youth, when films weren’t always at my fingertips, when I had to struggle and scrounge for every second of flickering wonder? Was I just so much easier on films back then?
I don’t know, maybe. All I can say is that I watched this one today and thought it was just OKAY. 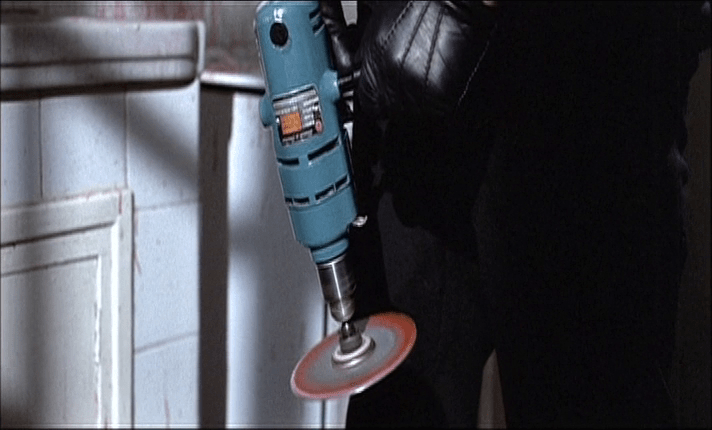 WHERE CAN YOU SEE THIS? The DVD is still available on AMAZON – RIGHT HERE