No Such Thing As A Bad Movie #19: The All Wizard of Oz Episode 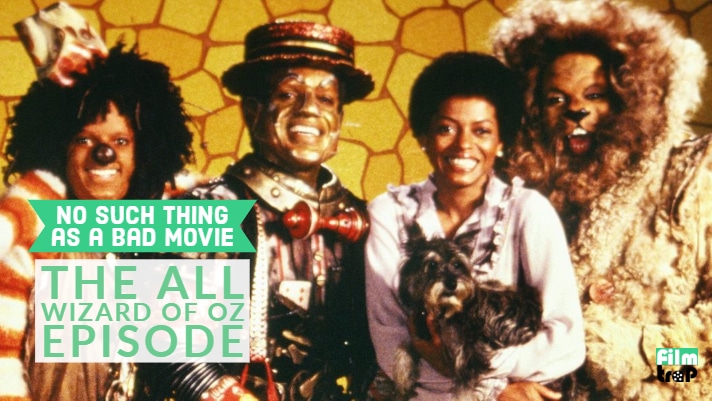 We are off to see the Wizard! It was quite a long night at the No Such Thing headquarters as we watched the Ozsploitation film Twentieth Century Oz (1976) and the fun but way too long musical The Wiz (1978)! Tangents include Forbidden Zone, Dorf and Night Of The Creeps!

Support us on Patreon! www.patreon.com/nosuchthingasabadmovie

Oz (a.k.a. Oz – A Rock ‘n’ Roll Road Movie also released as 20th Century Oz in United States) is a 1976 Australian film written, directed and co-produced by Chris Löfvén. It stars Joy Dunstan, Graham Matters, Bruce Spence, Gary Waddell, and Robin Ramsay; and received four nominations at the 1977 AFI Awards. The musical score is by Ross Wilson (frontman for Daddy Cool and Mondo Rock). The plot is a re-imagining of 1939 The Wizard of Oz film transferred to 1970s Australia and aimed at an older teen / young adult audience. It was released on DVD in 2004 as Oz – A Rock ‘n’ Roll Road Movie : Collector’s Edition with additional material. The poster and album sleeve for the American release was done by rock artist Jim Evans.

The Wiz: The Super Soul Musical “Wonderful Wizard of Oz” is a musical with music and lyrics by Charlie Smalls (and others) and book by William F. Brown. It is a retelling of L. Frank Baum’s classic 1900 children’s novel The Wonderful Wizard of Oz in the context of modern African-American culture. It opened on October 21, 1974 at the Morris A. Mechanic Theatre in Baltimore, Maryland and moved to the Majestic Theatre with a new cast on January 5, 1975. The 1975 Broadway production won seven Tony Awards, including Best Musical. It was an early example of Broadway’s mainstream acceptance of works with an all-black cast. It has had revivals in New York, London, San Diego and the Netherlands, and a limited-run revival was presented by Encores! at New York City Center in June 2009. A big-budget film adaptation of the same name was released in 1978, with Ted Ross and Mabel King reprising their roles. A live television production of the stage version, The Wiz Live!, was broadcast on NBC on December 3, 2015, with an encore presentation on December 19 of the same year.