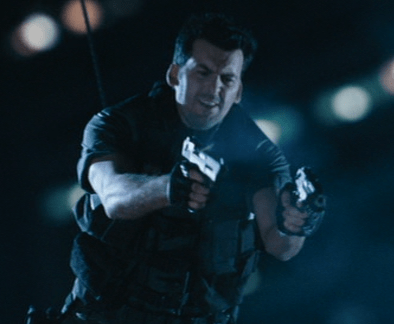 A guy jumps out of a helicopter firing two guns at zombies.

I think about this a lot.

I’ve heard people call it cheap fan pandering garbage. They rant and rave that it doesn’t have the smooth action of the first one (What?), that it’s incomprehensible (What?) and that the sound effects suck (Oh, that’s totally true)

But they are still wrong.

RESIDENT EVIL: APOCALYPSE hits all my entertainment button: It’s big, cheap, dumb and it wants only to make you smile. Remember how boring and uneventful the first RESIDENT EVIL was? Well, this one is nothing but gunfire, explosions, and shambling zombies! Yes, it looks like it was shot with only one color, but there’s also scene where Alice (Milla Jocovich) rides a motorcycle through a church window, slams it into a monster (which causes the beast and bike to shoot straight up for some reason) and then shoots it with MATRIX slow motion bullets which causes a giant fiery explosion.

And then she still kills a monster with a one handed shotgun. 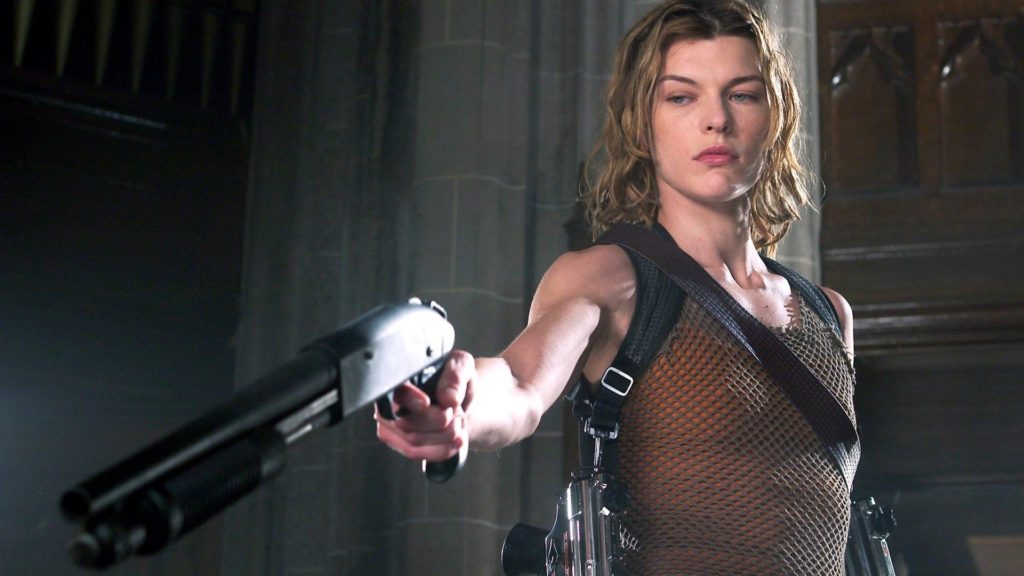 The film is filled end to end with those kinds of moments. There’s no real character work, motivation, or drama , but I don’t care. Sometimes one just wants to see a character forced to drop her gun,  but then move so fast that she can catch it halfway down the ground, shoot four guys and then land on her sign.

THIS IS A MOVIE WHERE BIG RUBBER MONSTER LETS ONE LONE TEAR ROLL DOWN HIS CHEEK!

Come on! How is that not awesome? 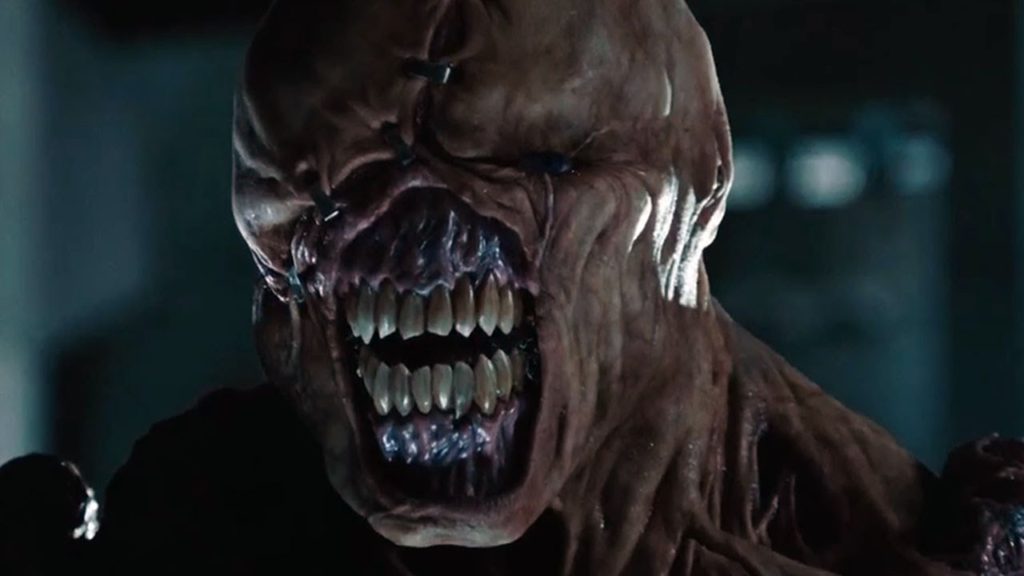 I feel like this works so well because it was directed by a Alexander Witt who spent (and would go on to spend) his entire career shooting second unit action scenes. All he knows are action scenes so the entire film feels like one.It could easily become numbing (Michael Bay style), but he keeps it varied for ennui to never set in.

I guess if you are a devout fan of the video games series, you may be angered by the way it treats the franchise, but I’m not, so it doesn’t bother me one bit! In fact, considering how off the reservation the rest of the series went, this appears to my eyes like the one that’s the closest to the idea of RESIDENT EVIL.

This is a long winded way to tell you that this movie is movie is fun. Go watch it now.

By contrast, I am baffled that people enjoy the first one.