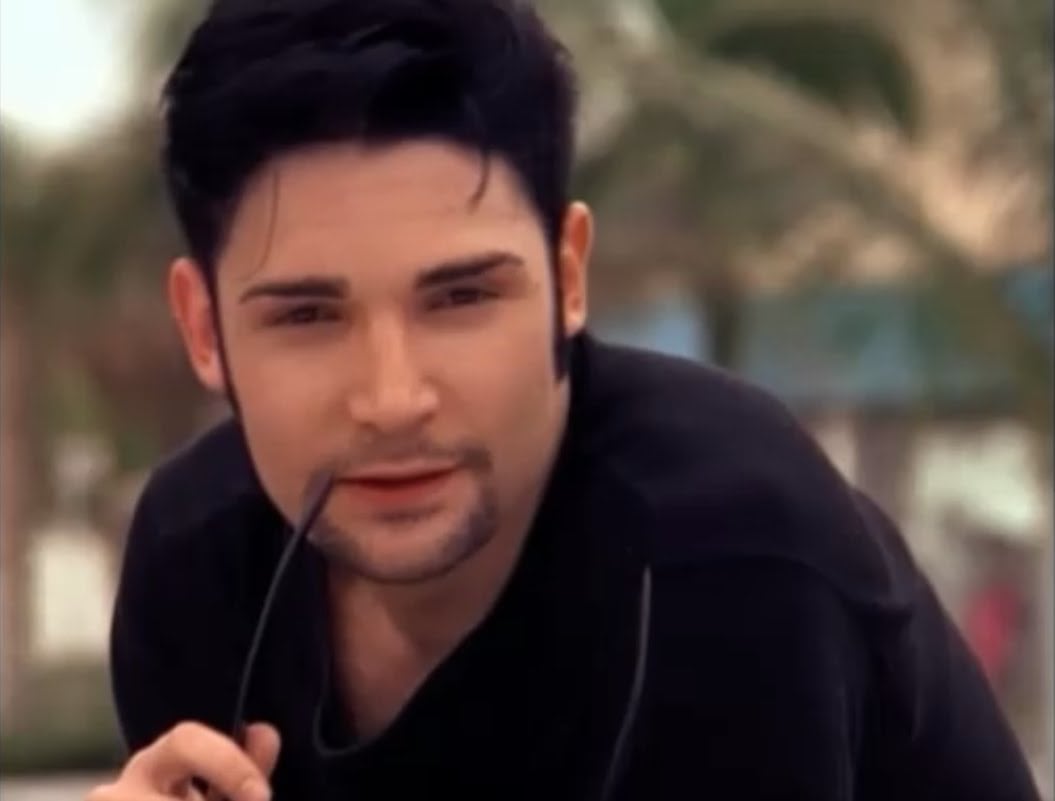 Previously in my movie watching life…

“I’m sure the other Corey Feldman movie on this two pack can’t be any worse than Rock N Roll High School Forever, can it?”

South Beach Academy is really an embarrassment in the history of film. I would also use the term film lightly in this case, as I would classify this more as a menace to your mental health than an actual film. It is an unflushed toilet for your eyes, a garbage fire in your soul, a slap to your newborn baby’s face. “South Beach Academy” is the sweaty, obese, naked man on your Italian leather sofa!

As you might have guessed, I did not enjoy this movie.

Still, someone must let the people know. Read my review, enjoy, and laugh, but beware. This movie may very well be lurking in the back of your weird uncle’s VHS collection. Watching. Waiting. Oozing grossness all over the back of his copies of “Jagged Edge,” and “All Dogs Go To Heaven.” You have been warned! 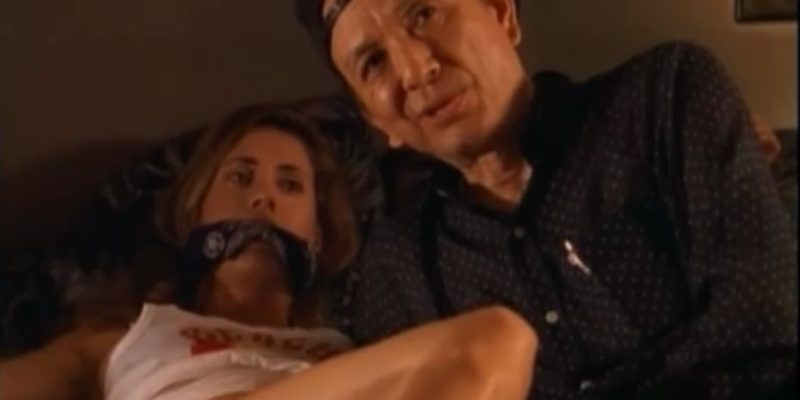 South Beach Academy was made in the mid-nineties, post-Feldman-mania of late night VHS comedies. It is a love story between a man, and his inability to say something of any purpose or note. Believe or not, Corey Feldman is not the main character. He plays the virgin brother of the head volleyball coach and just loves boobs.

This bit of character insight was easily gained through listening to him say lines like. “I like big boobs.” “She has big boobs, which I enjoy immensely,” and the now iconic piece of film dialogue “Boobs.” Still, to be honest, those lines may be the best lines in the film. “South Beach Academy’s” regular dialogue makes it sound as though the writer, if there was one, put down the most basic of film dialogue on paper with the idea of spicing them up later on. Then ten seconds after that they promptly stopped giving a crap about this film and didn’t bother changing anything. Now, that might sound like my normal exaggerated joke style, so I will gift you with some examples of actual dialogue to help me prove my point.

“I have feelings for you. Those feelings are love.”

“I knew a woman who did not hold on to her flotation device, she was eaten by a shark! So, do not lose your floaty bed!”

It doesn’t take long to learn that there was a separate budget set aside for Mr. Feldman, as most of his scenes take place in only one of three areas, and were most likely shot in one day away from the rest of the cast. Although, now that I think of it, most of his screen time was filmed at a strip club, and being part of a long, weirdly quiet, and awkward sex scene with a fake breasted lady. It almost makes one want to speculate that he may have been paid in lap dances, sex and face-in-breast time. Which the proper human reaction to that bit of movie lore is… eeeewwwww! 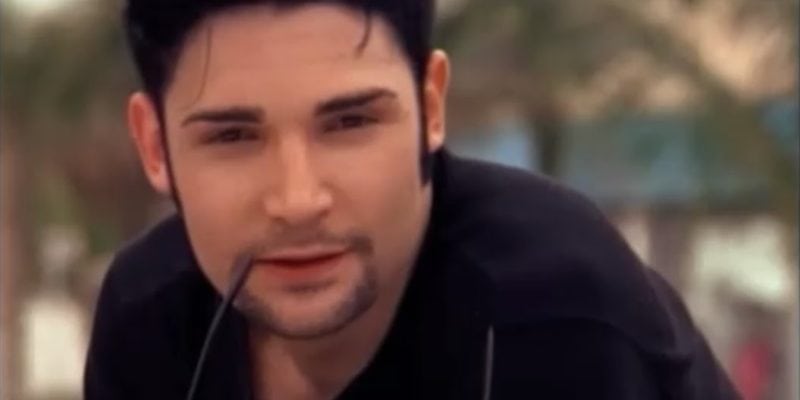 If you are a trooper and have made it this far into my review, you are probably wondering about the plot of this film. Movies like this don’t really like to shape themselves into the norm you expect. Things like a plot, characters, emotion, acting, and class are not needed. “South Beach Academy” lives on the edge, shunning societies views on what makes a good movie, or even a movie at all.

Why have a plot when there are boobs to be filmed? Why give female characters any semblance of personality when they have boobs right there on their chests? Why bother filming anything if there aren’t bare breasted ladies in the background? If you don’t understand that, then you missed the deeper spiritual concepts that make up the inner workings of South Beach Academy.

But, if you apparent “film lovers” out there need to drag a movie like this down to your level, the plot goes thusly. The main characters creepy old uncle likes to gamble and makes a bet with a Russian wall of man muscle that his volleyball team can beat any team on the beach. He ends up betting his world famous beach volleyball academy on it…an academy which according to the lead character is valued at 14 million dollars!

Panicking since their professionally trained volleyball team of tiny breasted men lost a single match in their whole careers, they instantly fire them and spend approximately three minutes replacing them with an elite team of large-breasted volleyball playing ladies. Lucky for them though, the American now ex-Olympic volleyball team is ready for the call. Well, only after they convince them to leave their new cushy post-American amateur athlete jobs. These include stripper/escort, angry Latina stereotype, and Harley riding kung-fu nun. It really doesn’t pay to be an amateur athlete nowadays. 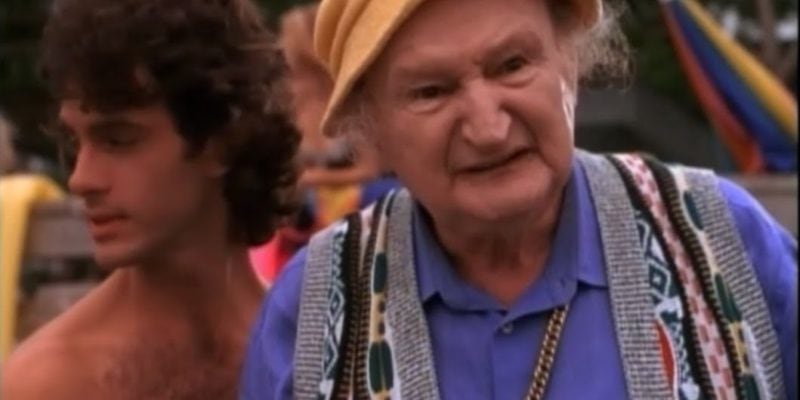 Anyways, a volleyball game of such world smashing proportions ensues. You can tell how important it is based on the lack of actual athletes, fans, sports commentators, and that no one is bothering to keep score. Which, in turn, brings up a question I was wondering throughout this film. Did anyone making South Beach Academy actually know anything about volleyball, or were they just attracted to the voluptuous size and shape of the balls themselves?

Don’t get me wrong, I wasn’t expecting an Olympic quality match with proper judges and all, but I was expecting them to at least know the rules. I think that’s why all the other late night sexy sports academy movies represent easier to figure out sorts. Like Skiing. Skiing is easy to hide your ignorance about. Put on skis, ski down a hill, and don’t be eaten by wolves. There simple. Now just add in the nudity and you’re all set. Still, I can’t help but wonder if South Beach Academy would have benefited from the appearance of a bloodthirsty pack of skiing wolves.

In the end, I am not sure who this movie was for. It is too tame to be real late night sleaze and too creepy to put on during the day. The only truth that can be gleaned from watching this Feldman fueled fart of a film, is that you are way better off never, ever watching it. Ever!