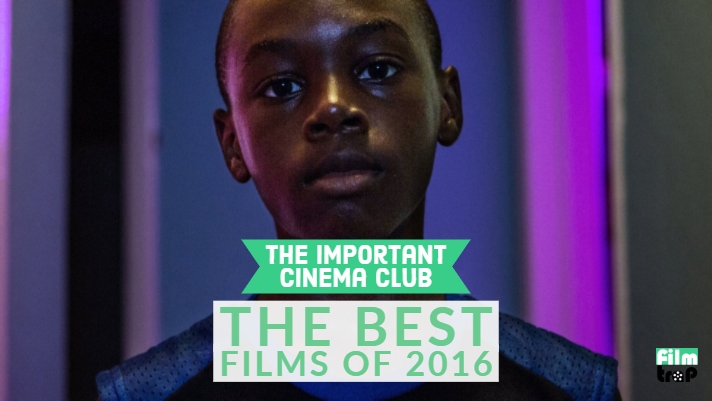 The Best Films of 2016! Justin and Will each pick ten* of their favorite films, talk about why some didn’t make their lists, and discuss the underdog of the cinematic year.

The film presents three stages in the life of the main character; his youth, adolescence, and early adult life. It explores the difficulties he faces with his sexuality and identity, including the physical and emotional abuse he endures growing up. Filmed in Miami, Florida, beginning in 2015, Moonlight premiered at the Telluride Film Festival on September 2, 2016. Distributed by A24, the film was released in the United States on October 21, 2016, and grossed over $65 million worldwide.

At the 74th Golden Globe Awards Moonlight won Best Motion Picture – Drama and was nominated in five other categories. The film subsequently won the Academy Award for Best Picture at the 89th annual Academy Awards, along with Best Supporting Actor for Ali and Best Adapted Screenplay for Jenkins and McCraney, from a total of eight nominations. In 2017, The New York Times considered it the “twentieth-best film of the 21st century so far”.

Moonlight became the first film with an all-black cast, the first LGBTQ film, and the second-lowest-grossing film domestically (behind The Hurt Locker) to win the Oscar for Best Picture. The film’s editor, Joi McMillon, became the first black woman to be nominated for an editing Oscar (alongside co-editor Nat Sanders), and Ali became the first Muslim to win an acting Oscar.