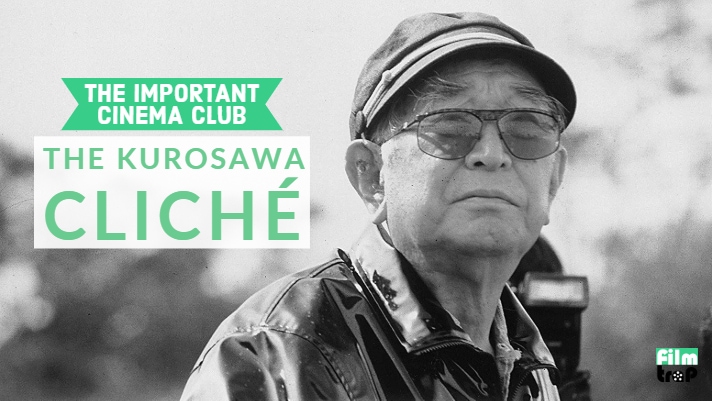 Akira Kurosawa is a monolith and Justin and Will nervously approach his filmography like soldier’s marching through a minefield. They watch THRONE OF BLOOD, THE BAD SLEEP WELL and discuss the master’s biography, his riff with Toshiro Mifune, and the reason he’s the Michael Bay of his time*. Plus, a special appearance by Ishiro Honda (Director of the original GODZILLA)

*This is not true.

Returning to their lord’s castle, samurai warriors Washizu (Toshirô Mifune) and Miki (Minoru Chiaki) are waylaid by a spirit who predicts their futures. When the first part of the spirit’s prophecy comes true, Washizu’s scheming wife, Asaji (Isuzu Yamada), presses him to speed up the rest of the spirit’s prophecy by murdering his lord and usurping his place. Director Akira Kurosawa’s resetting of William Shakespeare’s “Macbeth” in feudal Japan is one of his most acclaimed films.

In this loose adaptation of “Hamlet,” illegitimate son Kôichi Nishi (Toshirô Mifune) climbs to a high position within a Japanese corporation and marries the crippled daughter (Kyôko Kagawa) of company vice president Iwabuchi (Masayuki Mori). At the reception, the wedding cake is a replica of their corporate headquarters, but an aspect of the design reminds the party of the hushed-up death of Nishi’s father. It is then that Nishi unleashes his plan to avenge his father’s death.

Everyone’s favourite fire-breathing behemoth terrorizes Japan after an atomic bomb awakens it from its centuries-old sleep. The first and (some say) still the best of the series.