The Return of the Blind Dead for one Last Shift 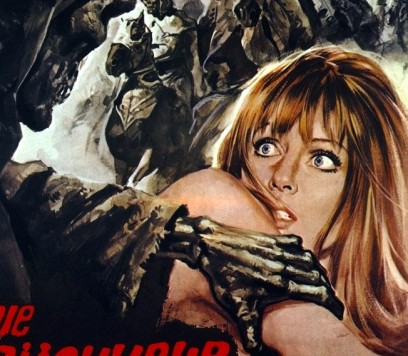 I spend so much time thinking about what I should watch next that it sometimes feels like all I do is watch time killers. “Oh, I’ll just watch this now because I won’t get invested in it.” I tell myself “I’ll watch this really good thing later”

And then I never do. 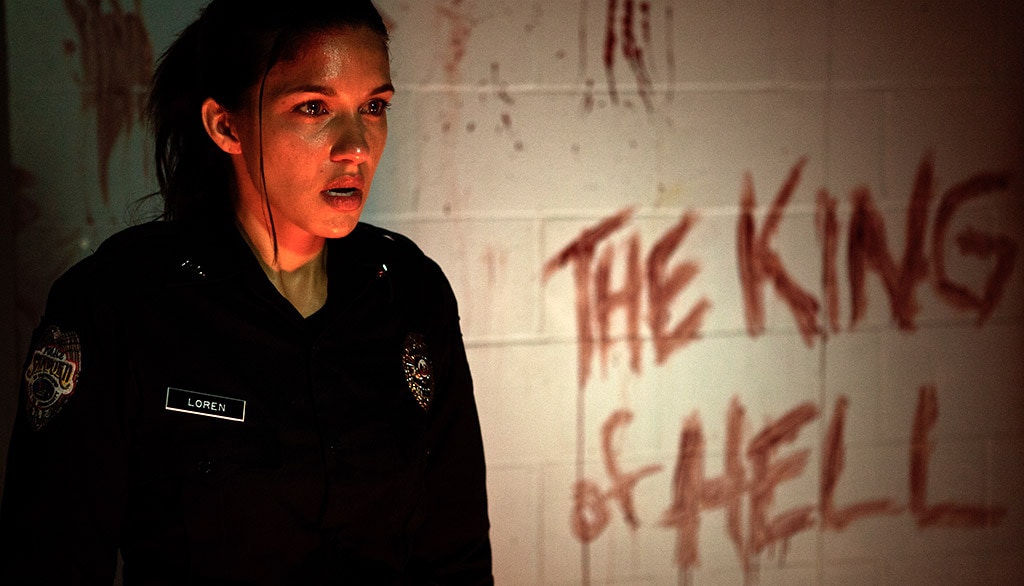 Here’s one of those “It’s been sitting on Netflix forever” films that I decided with a sigh “Why not?”. It deals with a rookie police officer (Juliana Harkavy) who finds herself working in an abandoned police station during her first shift – but the last one for the building -and there’s a whole lot of spooky goins ons! I didn’t know the director, and I had heard middling things about the picture, but I decided to give it a spin. I’ll watch the REAL GOOD STUFF later, right?

Well, color me surprised. There’s nothing I love more than watching a character slowly unravel in closed off location! It speaks to me as horror cinema at it’s most visceral – direct, no frills, and forced to tell a story through visuals and sound. Thankfully, director Anthony DiBlasi d keeps things fresh, if a little sloppy at times, and the lead Julaian Harkavy totally sells every loud noise or flash of the supernatural. They even make the main character likable, a simple decision, but one that makes the watch that much easier. You get furniture moving around, flashes of bag headed creatures and the old flickering lights, but they all come in such quick succession, that it quickly becomes a spook house like atmosphere.

When the root for all this weird stuff is finally revealed, in an awkward middle info dump, it does take the wind out of the story’s sails for a moment, but things quickly readjust back into the carnival like atmosphere. I don’t mind a film that plays fun-times with the nature of reality, as long as it’s rooted in the character’s reactions to it, and this one plays it fair up to a point.

Sadly, the last minute  almost killed it for me. We get all this build up, follow the character all this way, and right when she starts to take control of the situation, BAM, she’s hit with a reveal that makes it a no-win situation. And it’s over. No emotional pay-off. All those little hints lead to dead ends. That’s it.

It may sound a little harsh, because I was loving the film right up until that final minute, but if a film really misses it’s landing, it colors everything that’s come before. Maybe if you go with that in mind you’ll enjoy it more.

For some reason, ever time I research this film online, I type in LATE SHIFT and get the David Letterman/Jay Leno TV movie. 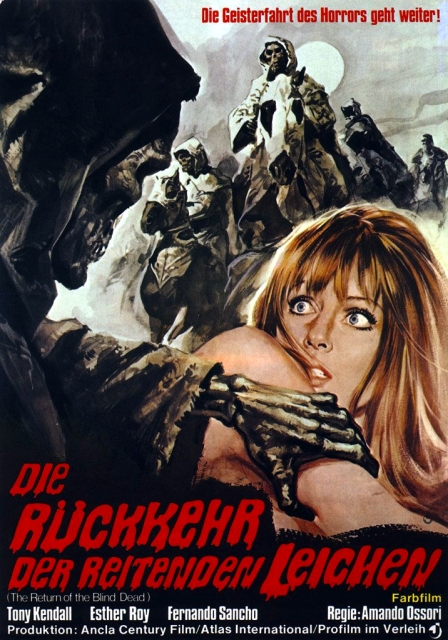 Oh, the Blind Dead. I always felt you dudes were so bloody dull, but your designs oh-so-cool – even with your goofy little stick hands. The first film TOMBS OF THE BLIND DEAD was an atmospheric little romp that moved at a snails pace, yet I felt I needed to give the second in the series (from the same director) a whirl. I heard they got better!

In this case, a village celebrates the executions of a bunch of Templar Monks, and oh no, the Monks rise from the dead to seek bloody vengeance! The party turns into a siege, and a bunch of stock characters  (the hero, his girlfriend, the villain, the little girl) hide in a church to play act the bulk of NIGHT OF THE LIVING DEAD.

That’s more like it! We get a solid premise, we get a hero judo slapping villains, we get the cool looking knights chopping off fools heads off, and so on and so forth. I’m never a fan of the unbeatable supernatural force, so it’s refreshing to see the director present them as more of a physical entity in this one. I don’t need a happy ending, but I do need rules, and I do need to know that the villains can be defeated, and this one goes out of its way to give our gang of survivor’s a chance. It’s nothing spectacular, but it’s got that grotty charm that only a Spanish film can have – the moldier cheaper cousin of Italian Euro Trash. 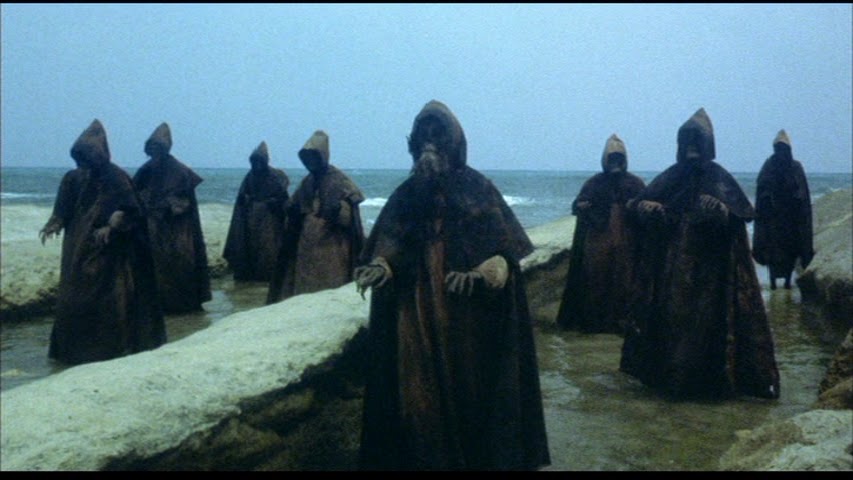