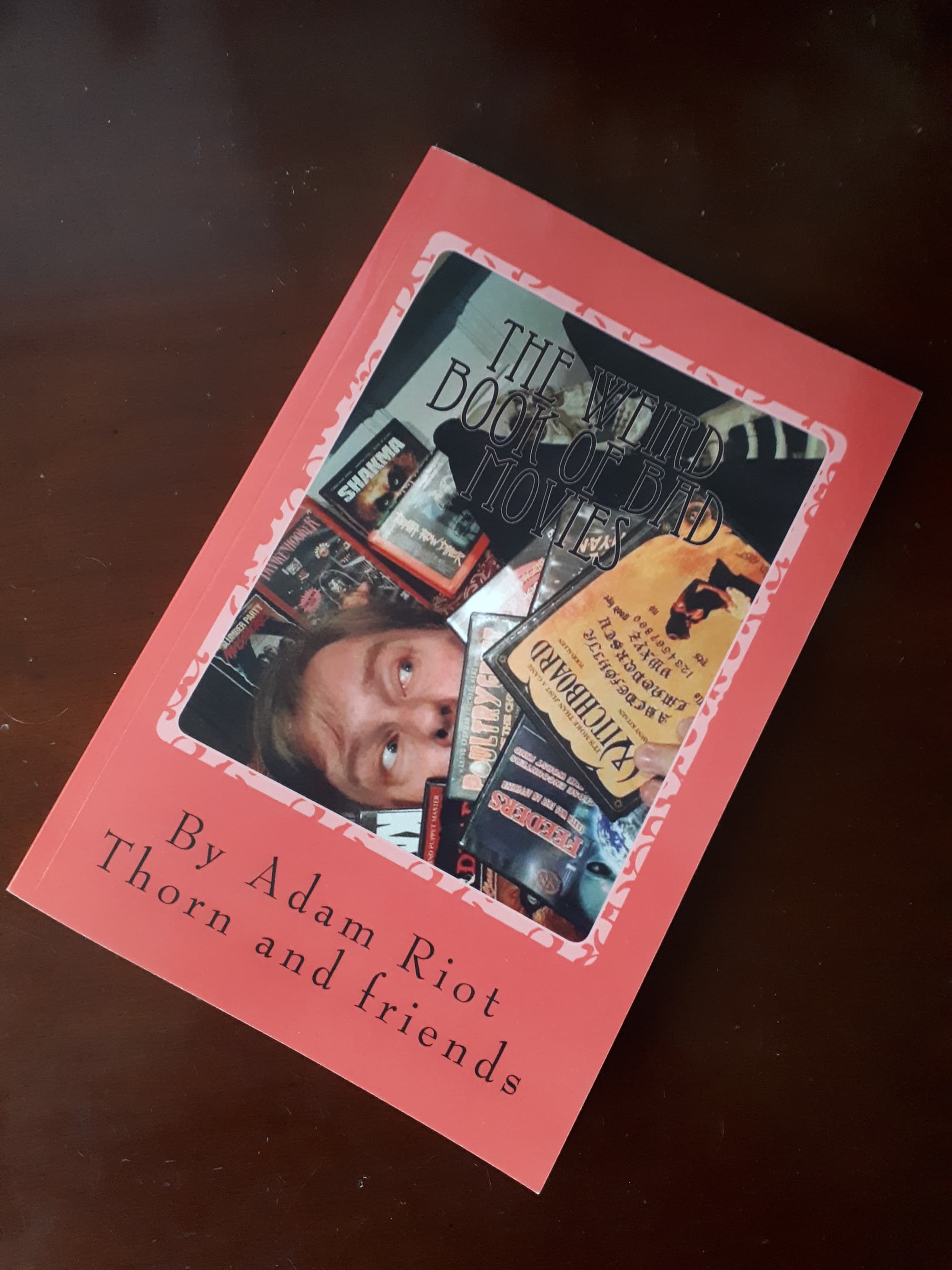 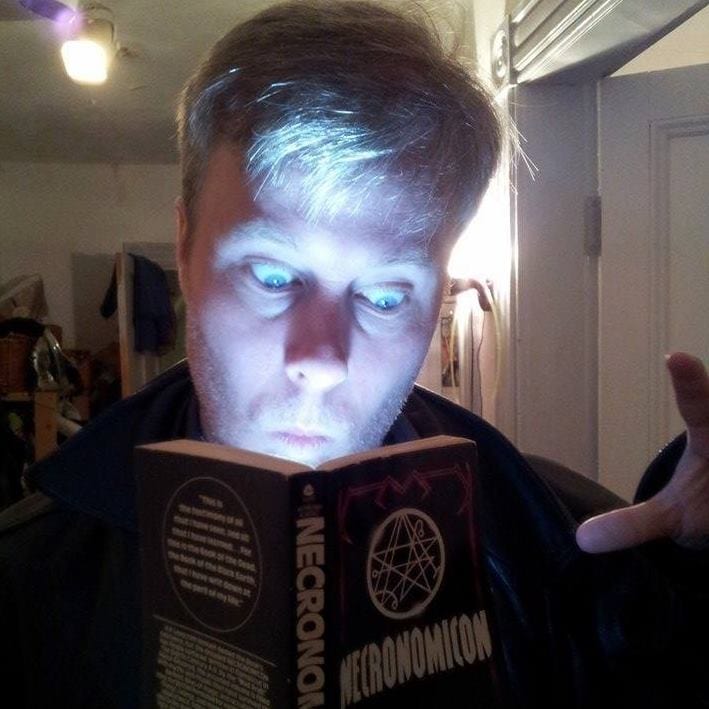 I’ve been friends with Adam ‘The Riot’ Thorn for almost a decade now and no one I’ve known in person has had more of an influence on my cinematic tastes.  He introduced me the joy of working at a video store (the still active EYESORE CINEMA), we did hundreds of podcast together talking about films (the best ones sadly lost to the sands of cyber time) and his unabashed love for so called ‘bad movies’ is an endless fountain of recommendations and discussions. He’s a famous a raconteur of plots that make the film sounds like the greatest thing of all time. For example, did you know that Leprechaun 4 is not only in space, but is also an ALIENS riff, the Leprechaun burst out of a guy’s penis, and it ends with a giant detached Leprechaun hand giving the middle finger as it flies out of an airlock? I remember Adam explaining that to me in such vivid detail  that I couldn’t breathe from laughing so hard.

“That sounds like the greatest thing of all time” I said when I finally caught my breath. 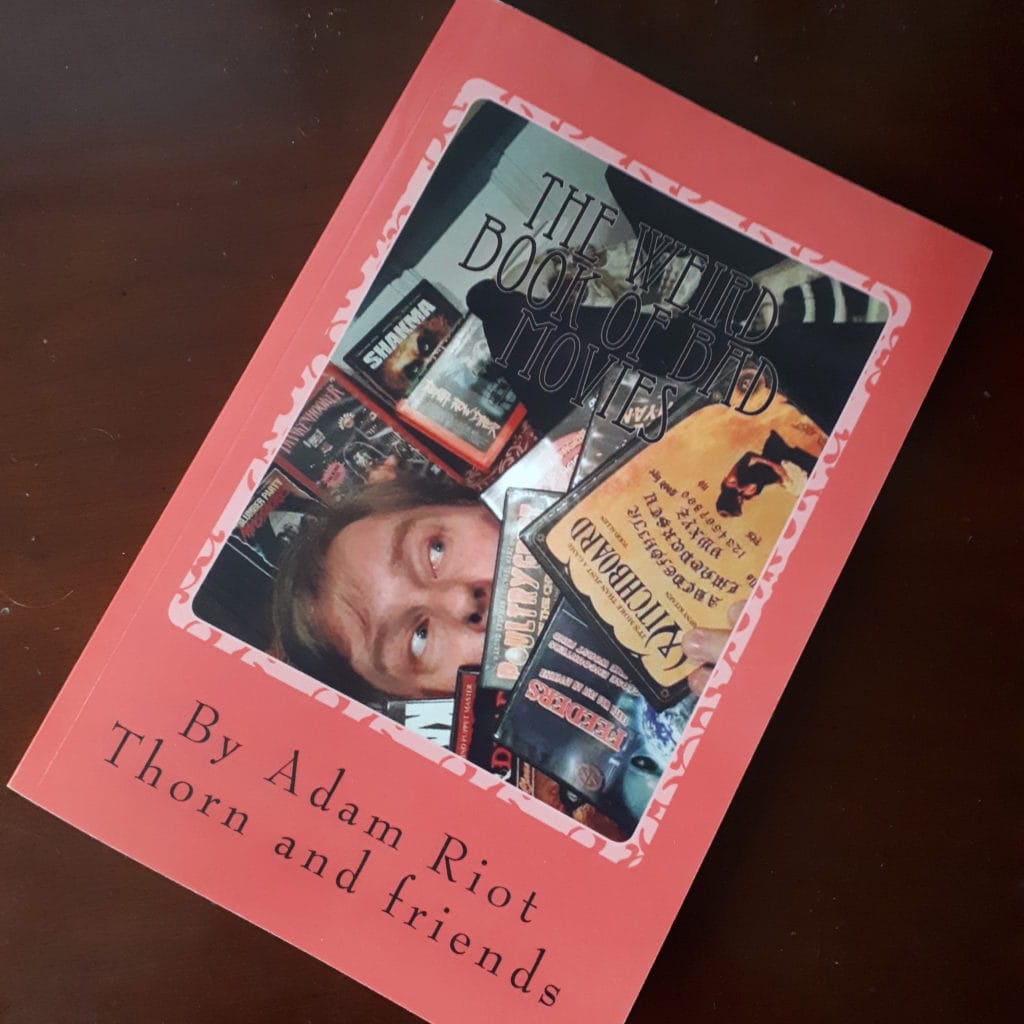 Adam’s prose is knowledgeable, breathless, and  filled with anecdotes. He’ll  always find something entertaining to say about a film, even if he freely admits that it’s like getting your face smashed in repeatedly with a shovel.

His recently published tome THE WEIRD BOOK OF BAD MOVIES is like hanging out with Adam as he talks about his favorite (and most painful) film experiences. Written in a few days off the top of his head and laid out in alphabetical capsule reviews, every entry bursts with the humor and love that I’ve experienced first hand listening to Adam talk for hours about things like DARKNESS: THE VAMPIRE VERSION or his experience watching FART: THE MOVIE

“I shit you not there is a movie available for regular purchase that is simply called FART the Movie. First I thought it would be a skit comedy movie and the name is just ironic and nonsense but no it is direct. It’s about a man who loves farting so much it is starting to ruin his successful life and marriage. It feels like a christian movie about appreciating what you have in life. You almost feel bad for the guy but then you remember just how ASSinine his problem really is and you – dare I say –  don’t give a shit anymore”

Every page of the slim (about 60 pages) self published book is 100% Pure Adam Thorn (with some extra reviews peppered throughout by FILM TRAP writers Ian Butt and Bob Blaschuk). Sure, the reviews have run on sentences and are littered with spelling mistakes, but that only adds to the fun. It captures the exact feeling of receiving a late night instant message from Adam asking you if you’ve this new crazy film, because he really wants to tell you about it.

You can buy the e-book version here

Or pick up the a physical copy (if you live in Toronto) at EYESORE CINEMA. Where else can you get such a sobering account of watching BLOOD SHACK?

“In college (my friend) Bob and I found a VHS of this film at a local Jumbo Video. We didn’t know what we were in for. Blood Shack is grainy, slow and filled with dubbed over monologues so you only have some idea of waht is going on. A tiny shack in the middle of butt-fuck nowhere is haunted by an urban legend called the Chooper. If  you go into the shack, you will be killed by what looks like a scrawny guy in a ninja costume with a sword. Directed by the lovable Ray Dennis Steckler who previous brought us “The Incredibly Strange Creature Who Stopped Living and Became Mixed up Zombies”, the movie is the dryest of wine you have ever had, it will get you drunk but you’ll have sandpaper tongue when you’re done. After Bob and I returned i t to the video store we took a photo of us with the tape, as a reminder that a film could be this bad. We used a film camera and took it in to be developed. Shockingly, the photo blurred itself just around the tape in my hand.  Maybe the tape was so evil it could not be photographed, or maybe we were now just cursed by the evilest cursed VHS tape that has ever cursed.”