ICC #40 – Who the Hell is Peter Bogdanovich? 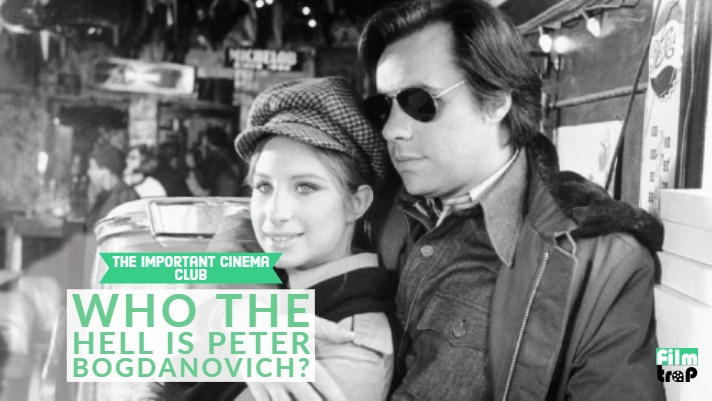 Justin and Will talk about the Peter Bogdanovich, director of TARGETS (1968) and the awful awful awful musical AT LONG LAST LOVE (1975). They discuss the man’s entire body of work, his history defining cinephelia and that stupid ascot he wears all the time.

Four socialites unexpectedly clash: heiress Brooke Carter runs into the Italian gambler Johnny Spanish at the race track while playboy Michael O. Pritchard nearly runs into stage star Kitty O’Kelly with his car. Backstage at Kitty’s show, it turns out she and Brooke are old friends who attended public school together. The foursome do the town, accompanied by Brooke’s companion Elizabeth, who throws herself at Michael’s butler and chauffeur Rodney James.

The four friends change partners at a party, where Brooke and Michael step outside behind Kitty and Johnny. In an effort to make the others jealous, Kitty, Johnny, Brooke, Michael, Elizabeth and Rodney begin their romance.

Two researchers have come to San Francisco to compete for a research grant in music. The man seems a bit distracted, and that was before he met a strange woman who has devoted her life to confusing and embarrassing him. At the same time a woman has her jewels stolen and a government whistle blower arrives with his stolen top secret papers.

After unhinged Vietnam vet Bobby Thompson (Tim O’Kelly) kills his wife and mother, he goes on a brutal shooting spree. Starting at an oil refinery, he evades the police and continues his murderous outing at a drive-in movie theater, where Byron Orlock (Boris Karloff), a retiring horror film icon, is making a promotional appearance. Before long, Orlock, a symbol of fantastical old-fashioned scares, faces off against Thompson, a remorseless psychopath rooted in a harsh modern reality.